Future Card Buddyfight Wiki
Register
Don't have an account?
Sign In
in: Buddy Character, No gender (Artificial Being), Antagonists,
and 3 more

This article is about the character. For the card, see Ruler of CHAOS, Geargod VII. 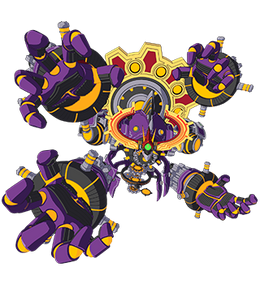 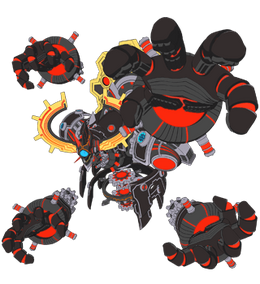 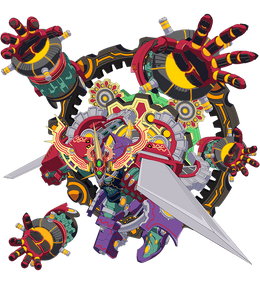 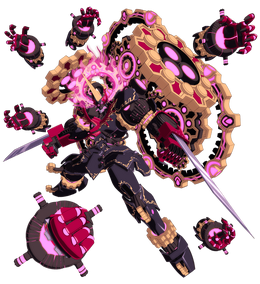 No gender (Artificial Being)

Male (as a human)

Gear Freak (Both by Batzz)
Wisdom (original name before his death)

Ruler of CHAOS, Geargod VII is the central/posthumous in the anime/manga of Future Card Buddyfight X. It is the leader of Chaos, and the buddy monster of Wisdom, now under the control of CHAOS Gao formerly, after the defeat of CHAOS Gao by Gao Mikado it returned to Wisdom after revealing its true identity, the original Wisdom.

Originally as Ruler of CHAOS, Geargod VII & Proto Chaos Machina, Geargod VIII, Geargod is completely loyal to Wisdom and does not possess free will, not even talking unless to Wisdom orders it. After being upgraded by Wisdom into Transcender of CHAOS, Geargod ver.099, it's personality remains the same until a buddyfight with Gao Mikado, when it goes out of control and begins to awaken, disobeying Wisdoms orders and trying to "delete" Gao Mikado until Wisdom shuts it down. When Geargod reboots itself, it gains a soul and becomes able to show emotions such as being happy and laughing, as well as talking without being ordered by Wisdom, showing it has gained a free will. It also seeks a buddyfight that will resonate with it’s soul. It doesn't comprehend Wisdom's views on how humans and monsters should be, with monsters being slaves to humans rather than equals, seeing it as human hubris, it feels that the ideal relationship between buddies is similar to Gao's & Batzz's relationship. It rebels against Wisdom and leaves him as it feels that Wisdom will not give it the buddyfight it wants. It wants to rebuild what it destoryed when it made Batzz go out of control and make amends with Batzz for what it had done 100's of years ago.

Final Battle with Gao and Batzz

as Transcender of CHAOS, Geargod ver.099