"Vanilla" (バニラ Banira) is a fan term which refers to those monsters and items with no abilities, including call/equip cost and keywords. Vanilla cards usually have higher stats than usual to compensate for not having any effects. A card who gains effects when certain conditions are met, are considered to be vanilla until said effect is activated, then they may sometimes be referred to as "french vanilla".

Actor Knights the Fool is a like pseudo-vanilla, since despite having an ability text printed, it is a reminder text that does not means nothing in gameplay. 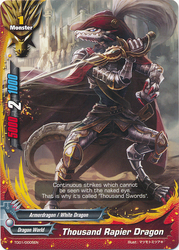 A monster without abilities 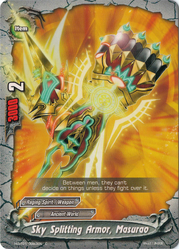 An item without abilities
Add a photo to this gallery
Retrieved from "https://buddyfight.fandom.com/wiki/Vanilla?oldid=202836"
Community content is available under CC-BY-SA unless otherwise noted.